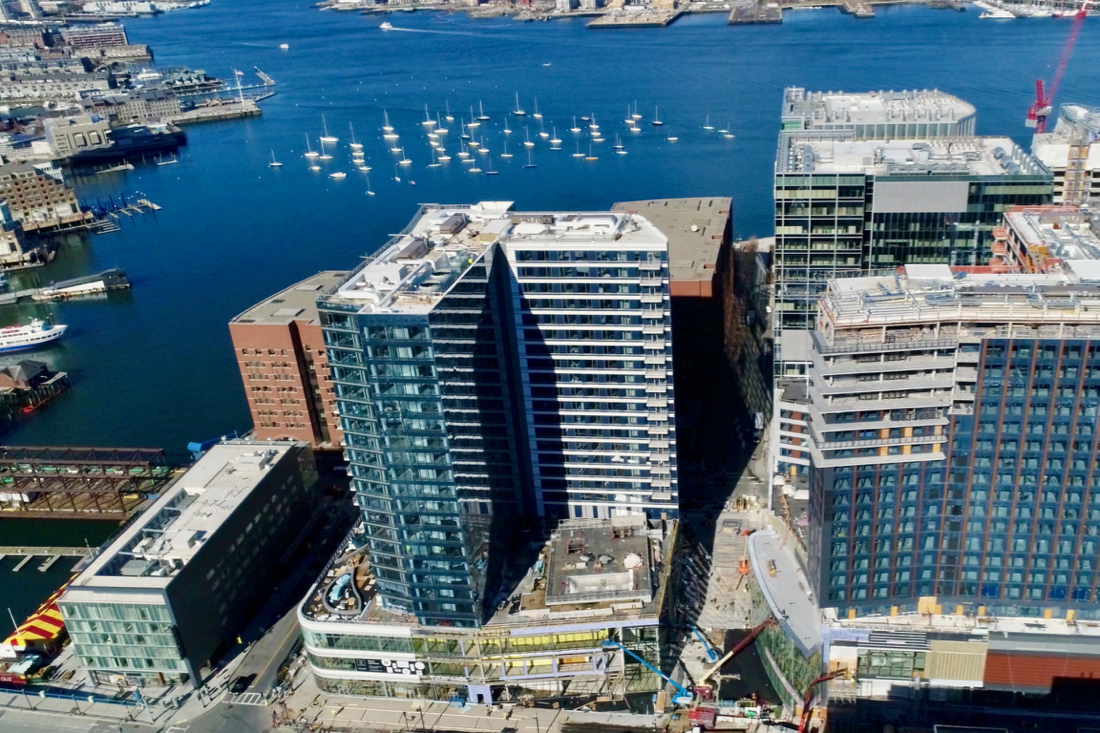 Boston-based developer and management company Berkshire Communities has officially begun pre-leasing of its newest residential tower: The Benjamin. Designed by the renowned Elkus Manfredi architects—the same firm behind Ink Block, The Van Ness, Avalon Exeter and others—The Benjamin rises 22 stories and offers a range of different apartment layouts, from efficient 461 square foot studios up to 1,246 square foot three-bedroom corner units. Unlike its competitors, The Benjamin boasts permanent unobstructed views from three sides (starting around the 12th floor), which you can see below:

Northwest views of the Waterfront and Financial District

South/Southwest views of Fort Point and the Blue Hills

In addition to unobstructed views, The Benjamin features 8,000 square feet of resident common space, including two outdoor terraces on the fourth floor with fire pits, grills, and a seasonal pool overlooking Fort Point Channel. Below the resident amenity level there will be an Equinox Fitness Club, Scorpion Bar & Restaurant, and a new nightclub called The Grand (from the same company behind Empire). There are also several hundred private and public underground parking spaces, spread across both The Benjamin and its sister tower, VIA.

The building is still an active construction site so tours are limited but units have been leasing up quickly, driven in large part by residents of the neighboring high-rises. For more information on The Benjamin, or to schedule a tour, please contact me directly at msteinert@warrenre.com or 617-903-8194.